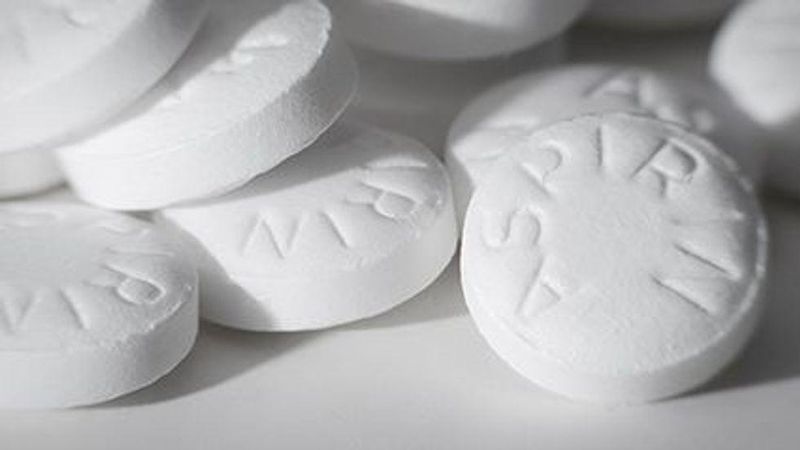 If the proposal is adopted, the task force would recommend against low-dose aspirin use to prevent heart problems for people 60 and older.

The choice for people between 40 and 59 would be between themselves and their doctor, but the task force warns that the “net benefit of aspirin use in this group is small.”

“Persons who are not at increased risk for bleeding and are willing to take low-dose aspirin daily are more likely to benefit,” the draft recommendation says.

The change reflects new data showing that daily aspirin does little to prevent a first heart attack or stroke, but greatly increases the risk of potentially serious side effects like bleeding.

The proposal would not change guidelines for people taking aspirin to prevent a second heart attack.

“There’s no longer a blanket statement that everybody who’s at increased risk for heart disease, even though they never had a heart attack, should be on aspirin,” task force member Dr. Chien-Wen Tseng told The New York Times. “We need to be smarter at matching primary prevention to the people who will benefit the most and have the least risk of harms.” Tseng is research director of family medicine and community health at the University of Hawaii.

While aspirin is a very effective blood thinner that can prevent blood clots from clogging arteries and causing a heart attack or stroke, heart experts have constantly weighed that benefit against the risk of internal bleeding.

New data suggest that “the increased risk of bleeding associated with aspirin use occurs relatively quickly after initiating aspirin,” with the absolute risk of bleeding increasing with age, the USPSTF says in its draft recommendation.

A low dose is between 81 milligrams and 100 milligrams.

One of the main goals of the proposed recommendations, Tseng told the Washington Post, is “to get people to talk with their clinicians instead of just buying a bottle off the shelf and saying, ‘I should be on aspirin.’ “

The USPSTF’s current advice regarding aspirin use in preventing heart disease was issued in 2016.

At that time, it recommended low-dose aspirin for 50- to 59-year-olds who had a 10% or greater risk of a heart attack or stroke over the next decade. These folks should also have no increased risk for bleeding, a life expectancy of at least 10 years, and be willing to keep up with their daily aspirin regimen. The current recommendations say people between the ages of 60 and 69 have an individual choice to take aspirin if they have a 10% or higher risk of a potentially fatal heart-related event within the next decade.

American Heart Association President Dr. Donald Lloyd-Jones told the Post that the 2016 guidelines stemmed from clinical trial data collected in the 1980s and 1990s, “a time when we weren’t really focused on or doing a particularly good job of controlling things like blood pressure and cholesterol, so aspirin had room to add value in preventing heart attacks and strokes.”

But aspirin’s benefit has become less crucial, thanks to better medications and healthier lifestyle options that have cropped up over the years, Lloyd-Jones said.

“We just don’t really need aspirin so much anymore,” he said.

“Now, 30 years later, we have more tools in primary prevention of a heart attack and extensive data to support our approach,” he said, adding: “With all of these advances the need for aspirin in all patients has been negated.”

Public comment on the draft revision to this aspirin recommendation will be accepted through Nov. 8, the USPSTF said.

The USPSTF is made up of 16 experts in preventive medicine who regularly assess the scientific data supporting different screening tools and preventive treatments.

The task force is independent, although its members are appointed by the director of the federal Agency for Healthcare Research and Quality.

The board wields considerable power. For example, Obamacare required insurers to cover the full cost of screening tests recommended by the USPSTF.

The U.S. Preventive Services Task Force has more about its new recommendations regarding aspirin to prevent heart disease and an online opportunity for public comments.