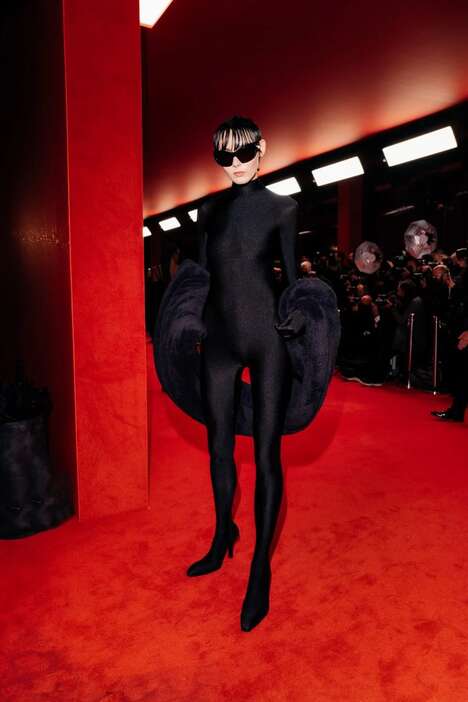 The event was hosted as a film premiere at the Théâtre du Châtelet in Paris on October 2nd. A tented space with a bright red carpet and paparazzi press acted as the fashion runway and led into the auditorium where the Simpsons film was premiered. Alongside the models, a mixture of friends of the brand and celebrity invitees walked the carpet and posed for photos wearing Balenciaga’s new collection. The brand’s creative director, Demna Gvasalia, explained the inspiration for the unconventional walkway: “I’ve wanted to do a premiere concept where the guests would be the show for many seasons.”