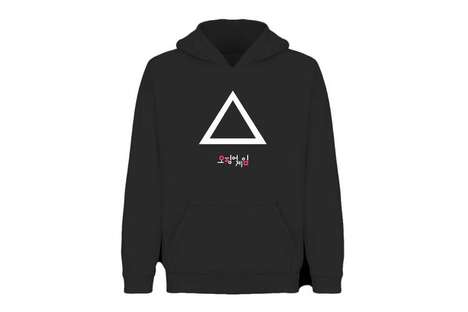 Netflix introduces a new set of Squid Game apparel designs after the very successful South Korean television series launched recently. The collection features customizable tees and hoodies themed around the graphics in the television show. The designs are all double-needle stitched and have a base foundation of either black or white before it is detailed with graphics and illustrations reminiscent of the game.

The custom element comes through at the player numbers and the icons that are available in bother Korean and in English. Customers are able to choose between the numbers 218, 001, 456, or 067 as it was worn by the main characters in the squid game. They can also select between the shapes triangle, square, or circle for the guard hoodies.