Her Heart Stopped While Training for the 2011 Chicago Marathon. She’s Running It This Week 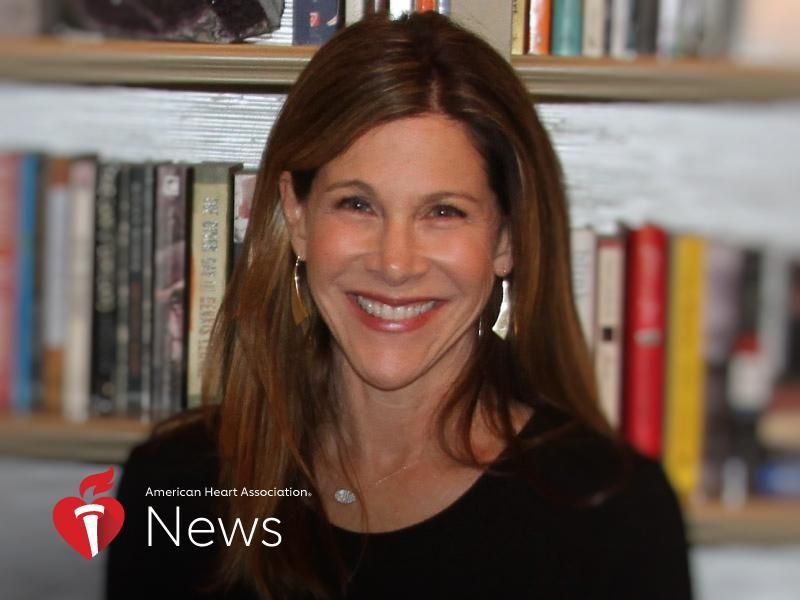 Marla Sewall does it for the endorphins. “It makes me feel good,” said the 52-year-old whose jogs help her maintain her physical and mental health.

In addition to her regular outings near her home in the Dallas enclave of Highland Park, she’s completed 13 marathons.

Training for one can be nearly as rigorous as the big day. That was the case during the final weeks before the Chicago Marathon in 2011.

During her peak training period three weeks before the race, the mother of four ran about 40 miles, and squeezed in a few rounds of tennis with her husband, Cary. It made sense that she felt exhausted Sunday night.

When Cary retired for the evening, Marla went upstairs to a guest suite with a sitting area to watch TV. A while later, Cary awoke to the sound of water running through the pipes, as though somebody were running a bath.

Something told him to get out of bed and walk up to the guest suite. “Divine intervention,” he said.

As he approached the bathroom, his feet got wet. The carpet was drenched. He rushed inside and saw the tub overflowing, with Marla face up, her body submerged. Her eyes were wide open, her skin and lips blue.

Feeling total “horror and shock,” Cary pulled Marla onto the floor and began performing CPR, doing chest compressions and giving breaths into her mouth in a seemingly endless loop.

“I never thought I’d get her heart beating again, but I just kept going,” he said. “I was dead tired and didn’t know if I could keep doing it.”

After what Cary rationally knows must have been about 10 minutes but felt more like an hour, Marla gurgled up some water and began taking labored breaths.

Cary called 911. He knows he should have called 911 immediately but had been frantic to get Marla breathing again. When paramedics arrived, he stayed downstairs while they worked on Marla. Every few minutes, he yelled up to ask if she was breathing. After about half an hour, they emerged from the room carrying Marla in a body bag.

As it turned out, the paramedics were unable to navigate a stretcher down the half moon-shaped staircase and out to the ambulance, so they placed her in a more flexible body bag.

The next time Cary saw Marla, she was intubated in the ICU in an induced coma. Doctors worried she might have suffered brain damage from the lack of oxygen to the brain, so they artificially lowered her body temperature.

Three days later, as doctors changed her IV, Marla temporarily regained consciousness. Encouraged, the doctors began to raise her body temperature to bring her out of the coma.

Marla could still speak. But she had no memory of what had happened. She knew it was serious because one of her best friends, who lives in Chicago, was there.

“I was so confused,” Marla said.

Over the following days, doctors tried to determine why someone seemingly healthy – and with no family history of heart disease – had her heart stop. With no answers yet, the final test checked her heart’s electrical rhythm.

During it, she went into ventricular fibrillation, a life-threatening condition that causes the heart’s lower chambers to quiver instead of beating normally, resulting in cardiac arrest.

V-fib is likely what happened that night in the bathroom, although doctors don’t know what triggered it. They suspect she perspired too much potassium and magnesium that weekend, disrupting her heart’s electrical signal. They also believe her overall health was why she survived.

Doctors placed an implantable cardioverter defibrillator in Marla’s chest. If her heart ever goes into V-fib again, the device will send a jolt to re-establish a normal rhythm.

A year later, Marla became involved with the American Heart Association, eager to raise awareness about cardiac arrest and the importance of knowing CPR. She shared her story at a Go Red for Women luncheon in Dallas and later at an event in San Antonio.

Cary – who received an AHA lifesaver award – is even more adamant about the importance of CPR and calling 911.

“You don’t know when or where you’re going to run into somebody having sudden cardiac arrest, and there’s not always time to wait for a health professional,” he said. “If you know what to do, you can save somebody’s life.”

To acknowledge the 10-year anniversary of her survival, Marla is now training for the Chicago Marathon on Oct. 10. Her effort is a fundraiser for the AHA.

“It feels right,” she said.

Her training often starts before dawn and includes running with a local group. She feels blessed to perform at this level. In fact, she sees the silver lining in pretty much everything.

“I’m very lucky,” she said, “because what happened to me makes me appreciate every day.”