More Than a Decade of Intermittent Symptoms, Then Heart Failure 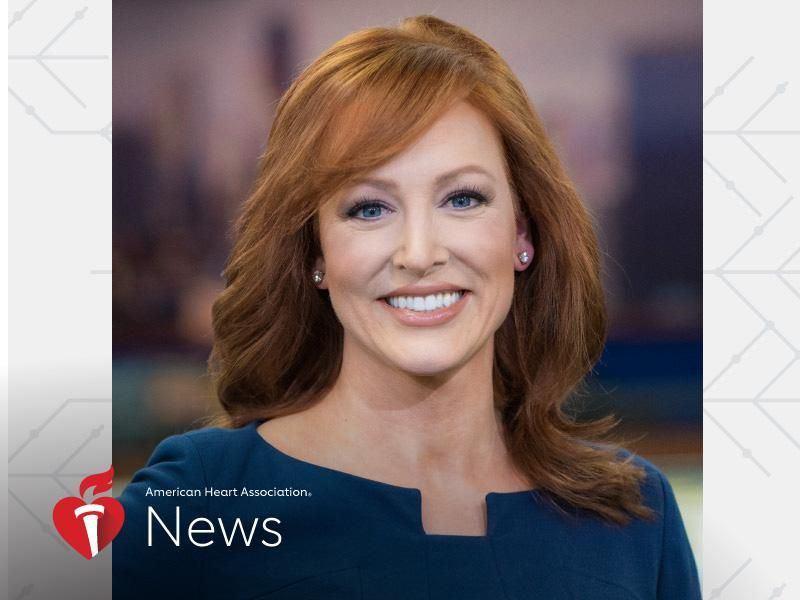 As TV reporter Mike Lowe ran the Lifetime Chicago Triathlon in August, he heard shouts of, “Do it for Erin!”

Lowe was running in honor of his colleague, Erin Ivory, who used to compete in several triathlons and half Ironman events each year. Two years earlier, she guided him through his first triathlon.

Ivory, a longtime reporter for Chicago’s WGN-TV, was diagnosed with advanced heart failure in February, then had a heart attack. One of her kidneys has lost 90% of its function and her doctors are trying to treat several blood clots throughout her body.

Her problems began in 2009. Then 35, she was jolted awake one night by chest pain. Tests indicated problems, but emergency room doctors couldn’t specify what happened.

Although she endured middle-of-the-night scares again in 2012 and 2016, she never followed up with a cardiologist. After all, she’d never had high blood pressure or high cholesterol, and was regularly competing in endurance events. With four kids, and a busy work and training schedule, “I thought I was just juggling too much,” she said.

“At no point did I think my life was in jeopardy due to a heart condition,” she said.

In July 2019, Ivory was doing the 1.2-mile swim portion of a half Ironman race when she had a sharp pain in her chest and began gasping for air. She struggled through the rest of the swim, a 56-mile cycle and 13.1-mile run.

“I would take two steps and then just be doubled over,” she said. “It just didn’t make any sense because it hadn’t happened any time I was training for the event.”

Two days later, she was still exhausted and went to the hospital, where she had an abnormal electrocardiogram. Although she was advised to avoid strenuous exercise, a month later she did the Chicago Triathlon, logging one of her best times. That was the conundrum: She seemed so healthy, except for the episodes when she didn’t.

“I really believed that it was impossible that I could be having heart issues since I was so active and fit,” she said.

Over the next year, Ivory periodically became breathless while training, but continued to make excuses. Finally, her aunt guilted her into visiting a cardiologist last November.

Ivory was diagnosed with high blood pressure. Tests also showed her heart had trouble pumping blood between its chambers. She was prescribed medication, restricted to light exercise and ordered to return for more tests in three months.

She went for those tests in February. That led to an urgent call from her cardiologist.

“He said, ‘I don’t want to panic you, but you need to get into the ER now,'” she recalled.

As her husband drove her to the hospital with their 5-year-old twins in the back seat, Ivory cried, recognizing for the first time how serious the situation could be. A week earlier, she’d again had that chest pain, but also had profuse sweating and vomiting – symptoms doctors said likely indicated a heart attack.

“There were always excuses – I was just stressed or pushed too hard at the gym,” Ivory said. “It was a lot of denial, but also disbelief that my symptoms could manifest into a serious condition.”

Ivory had heart failure, as evidenced by the poor blood flow between the chambers. Tests also showed clots had formed in her kidneys, heart and legs. She went on to lose 30 pounds and become quite weak.

“I was told that without significant improvement, I would need a heart transplant,” she said.

Ivory was transferred to an advanced heart failure center. A new combination of medications helped her improve enough to go home. A week later, she had a heart attack.

Recovery has been difficult. At first, she couldn’t walk for more than five minutes. Her circulation was so bad that she wore battery-powered compression socks to keep her toes warm.

“They told me no more triathlons, that I couldn’t tax my heart at all anymore, and that was really hard to take,” she said.

Doctors aren’t sure what caused Ivory’s condition but said earlier treatment could have prevented it from becoming serious.

“That was hard to swallow, because I knew it was true,” she said. “Just because you think you’re healthy, listen to your body and get it checked out.”

Now 46, Ivory takes 11 medications and is carefully monitored by her medical team. Her heart function and circulation has improved.

Her colleague Lowe said Ivory’s story inspired him to take his heart health more seriously. In addition to his triathlon training, he overhauled his diet. He lost 20 pounds with moves such as trading fast-food stops for salads.

The race was Aug. 29. In the month leading up to it, Lowe ran a weekly segment that included interviews with experts about heart health.

“It just didn’t seem possible that someone who could do such difficult, grueling endurance exercise could have a heart attack, especially someone so relatively young,” Lowe said.

Ivory worked for WGN for more than 14 years. She’s on disability now, hoping to return soon.

Her husband, meteorologist Demetrius Ivory, also works at the station.

She shared her story on the air, which she called therapeutic. It has generated cards and letters of support from viewers and people she has featured.

“If my story helps save one more person,” she said, “then that’s all worth it.”