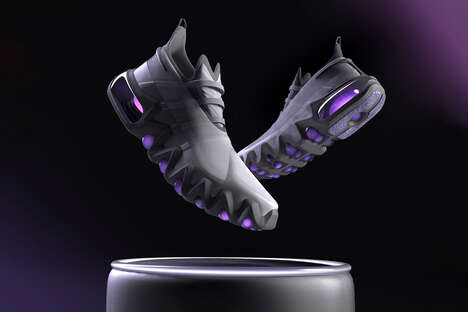 Playfulness is a common theme in this month’s shoe innovations. Other designers, such as Alexander Ordonez, turned to unusual elements for their shoe concepts. The HYPERBOUNCE, for example, is a futurist footwear style created with an unexpectedly springy aesthetic. It is complete with a series of miniature balloons built into the sole to create a literal bounce in the wearer’s step.

As of late, the footwear industry showcases some highly expressive designs.